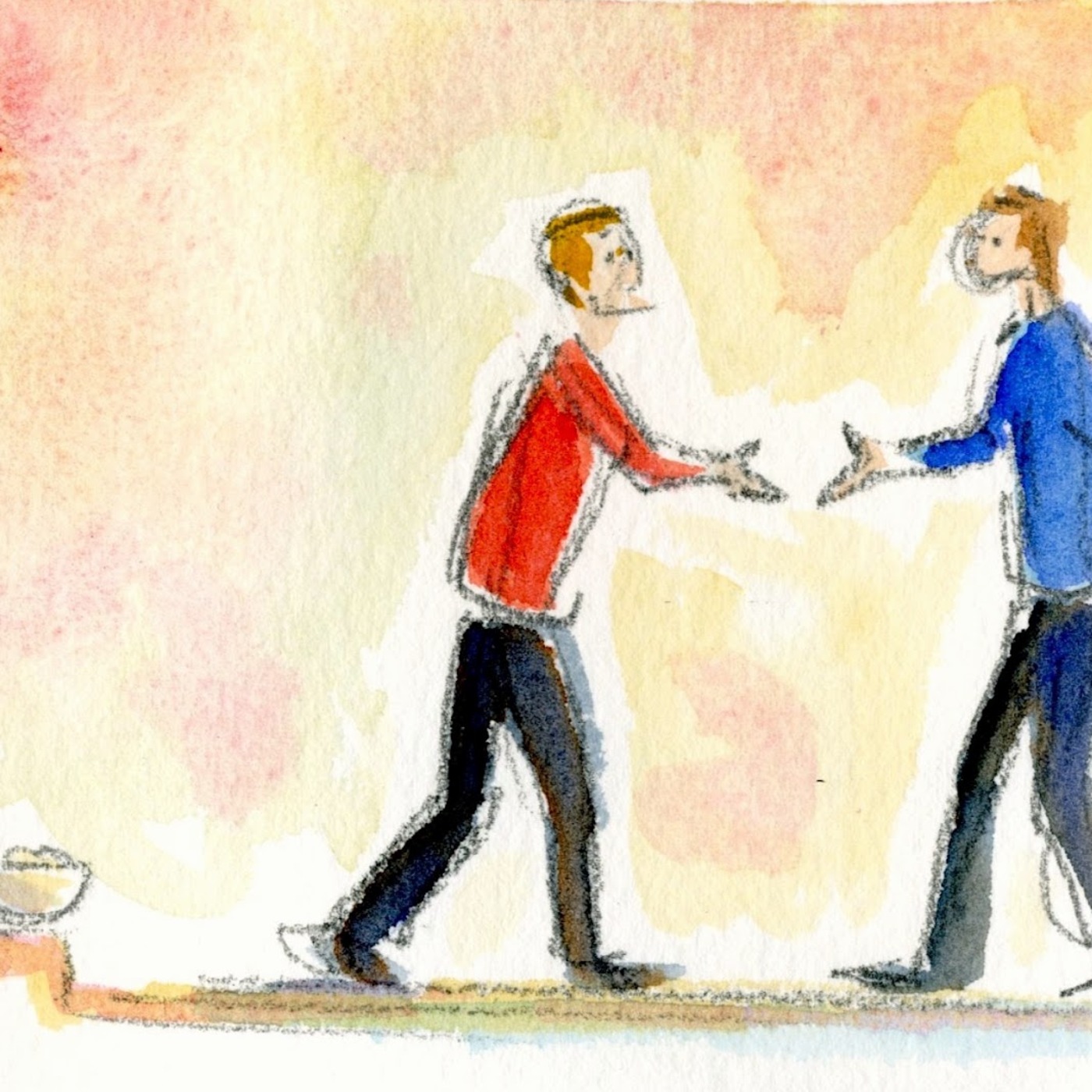 23“Therefore, if you are offering your gift at the altar and there remember that your brother or sister has something against you, 24leave your gift there in front of the altar. First go and be reconciled to them; then come and offer your gift.

Attributes of A Gift?

… But each of you has your own gift from God; one has this gift, another has that. …

Yet each person has a special gift from God, of one kind or another.

Peter answered: “May your money perish with you, because you
thought you could buy the gift of God with money! …

4I thank my God always concerning you for the grace of God which was given you in Christ Jesus, 5that in everything you were enriched in Him, in all speech and all knowledge, 6even as the testimony concerning Christ was confirmed in you, 7so that you are not lacking in any gift, awaiting eagerly the revelation of our Lord Jesus Christ,8who will also confirm you to the end, blameless in the day of our Lord Jesus Christ. 9God is faithful, through whom you were called into fellowship with His Son, Jesus Christ our Lord.

14Do not neglect your gift, which was given you through prophecy when the body of elders laid their hands on you.

16A man’s gift makes room for him
And brings him before great men.

Where do Gifts come from?

Every good and perfect gift is from above, coming down from the Father of the
heavenly lights, who does not change like shifting shadows.

Attributes of The Gifted

6We have different gifts, according to the grace given to each of us. If your gift is prophesying, then prophesy in accordance with yourafaith; 7if it is serving, then serve; if it is teaching, then teach; 8if it is to encourage, then give encouragement; if it is giving, then give generously; if it is to lead,b do it diligently; if it is to show mercy, do it cheerfully.

What does a Gift do?

– Gift’s Call Your Life To Purpose
– 1 Peter 4 10Each of you should use whatever gift you have received to serve others, as faithful stewards of God’s grace in its various forms. 11If anyone speaks, they should do so as one who speaks the very words of God. If anyone serves, they should do so with the strength God provides, so that in all things God may be praised through Jesus Christ. To him be the glory and the power for ever and ever. Amen. 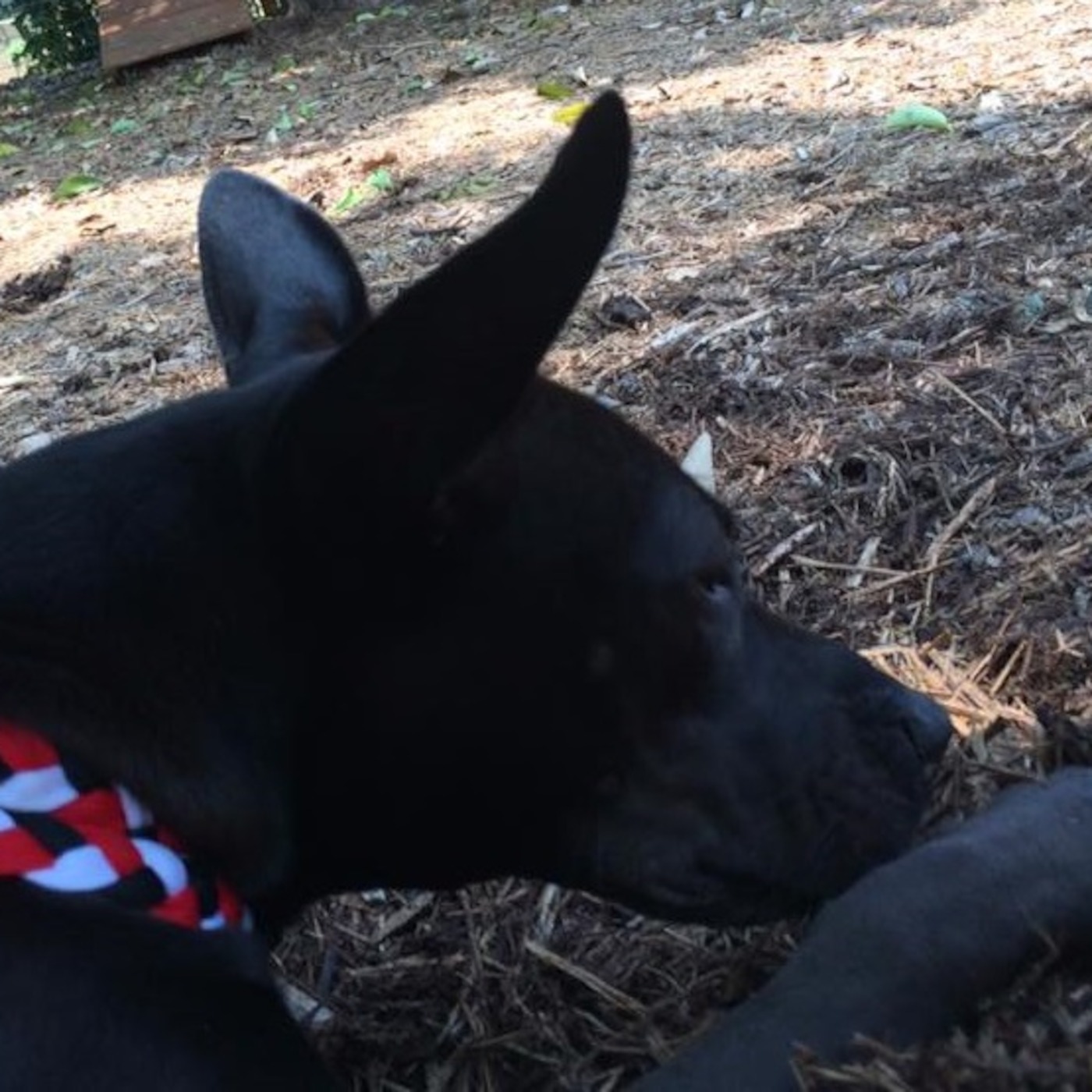 Selina Learns to be Afraid

– Double Portion : Deuteronomy 21:15–17, a father was obliged to acknowledge his firstborn son as his principal heir, and to grant him a double portion of his estate as inheritance.
– A Special blessing
– The office of high priest of his clan or tribe,
– A position of authority and leadership,
– Procreative vigor.

Genesis 27 Jacob Gets Blessed Instead of Esau

27So Jacob went over and kissed him. And when Isaac caught the smell of his clothes, he was finally convinced, and he blessed his son. He said, “Ah! The smell of my son is like the smell of the outdoors, which the LORD has blessed!

28“From the dew of heaven
and the richness of the earth,
may God always give you abundant harvests of grain
and bountiful new wine.
29May many nations become your servants,
and may they bow down to you.
May you be the master over your brothers,
and may your mother’s sons bow down to you.
All who curse you will be cursed,
and all who bless you will be blessed.”

Revelation 21 Cowards Got To Hell
The New Jerusalem

1Then I saw a new heaven and a new earth, for the old heaven and the old earth had disappeared. And the sea was also gone. 2And I saw the holy city, the new Jerusalem, coming down from God out of heaven like a bride beautifully dressed for her husband.

3I heard a loud shout from the throne, saying, “Look, God’s home is now among his people! He will live with them, and they will be his people. God himself will be with them.a 4He will wipe every tear from their eyes, and there will be no more death or sorrow or crying or pain. All these things are gone forever.”

5And the one sitting on the throne said, “Look, I am making everything new!” And then he said to me, “Write this down, for what I tell you is trustworthy and true.” 6And he also said, “It is finished! I am the Alpha and the Omega—the Beginning and the End. To all who are thirsty I will give freely from the springs of the water of life. 7All who are victorious will inherit all these blessings, and I will be their God, and they will be my children.

8“But cowards, unbelievers, the corrupt, murderers, the immoral, those who practice witchcraft, idol worshipers, and all liars—their fate is in the fiery lake of burning sulfur. This is the second death.”

Romans 9:13 God Hates Esau
New Living Translation
In the words of the Scriptures, “I loved Jacob, but I rejected Esau.”

27As the boys grew up, Esau became a skillful hunter. He was an outdoorsman, but Jacob had a quiet temperament, preferring to stay at home. 28Isaac loved Esau because he enjoyed eating the wild game Esau brought home, but Rebekah loved Jacob.

29One day when Jacob was cooking some stew, Esau arrived home from the wilderness exhausted and hungry. 30Esau said to Jacob, “I’m starved! Give me some of that red stew!” (This is how Esau got his other name, Edom, which means “red.”)

31“All right,” Jacob replied, “but trade me your rights as the firstborn son.”

32“Look, I’m dying of starvation!” said Esau. “What good is my birthright to me now?”

33But Jacob said, “First you must swear that your birthright is mine.” So Esau swore an oath, thereby selling all his rights as the firstborn to his brother, Jacob.

34Then Jacob gave Esau some bread and lentil stew. Esau ate the meal, then got up and left. He showed contempt for his rights as the firstborn. 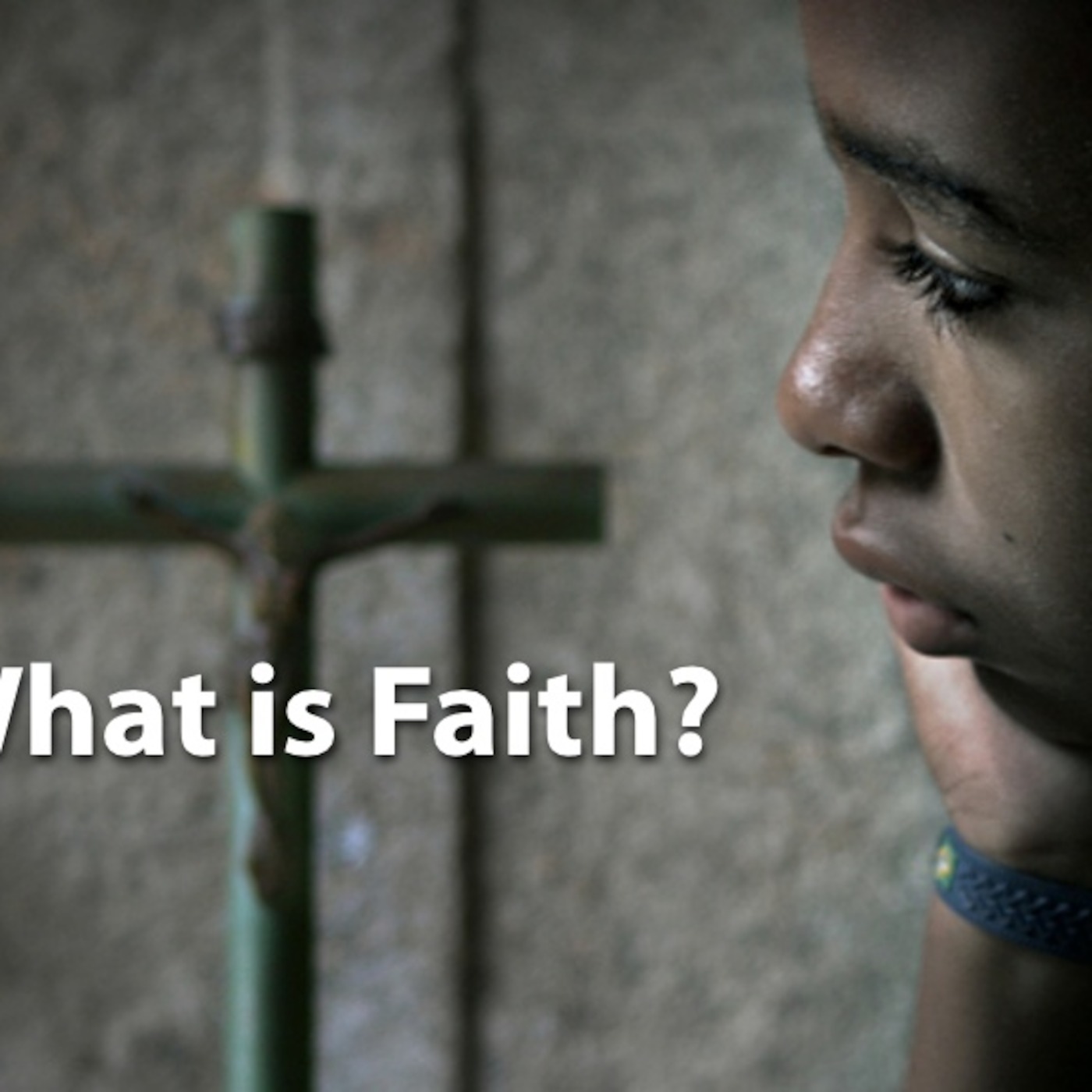 peithó: to persuade, to have confidence

Verb: a word used to describe an action, state, or occurrence, and forming the main part of the predicate of a sentence, such as hear, become, happen. Origin: late Middle English: from Old French verbe or Latin verbum ‘(meaning) word,…’

– Unbelievable when people say I believe but have NO Action

27“King Agrippa, do you believe the Prophets? I know that you do.” 28Agrippa replied to Paul, “In a short time you will persuade me to become a Christian.” 29And Paul said, “I would wish to God, that whether in a short or long time, not only you, but also all who hear me this day, might become such as I am, except for these chains.”

New International Version
What good is it, my brothers and sisters, if someone claims to have faith but has no deeds? Can such faith save them?

New International Version
By faith Noah, when warned about things not yet seen, in holy fear built an ark to save his family.

This letter is from Paul, a slave of God and an apostle of Jesus Christ. I have been sent to proclaim faith to those God has chosen and to teach them to know the truth that shows them how to live godly lives.

Google search for the definition of Verb. 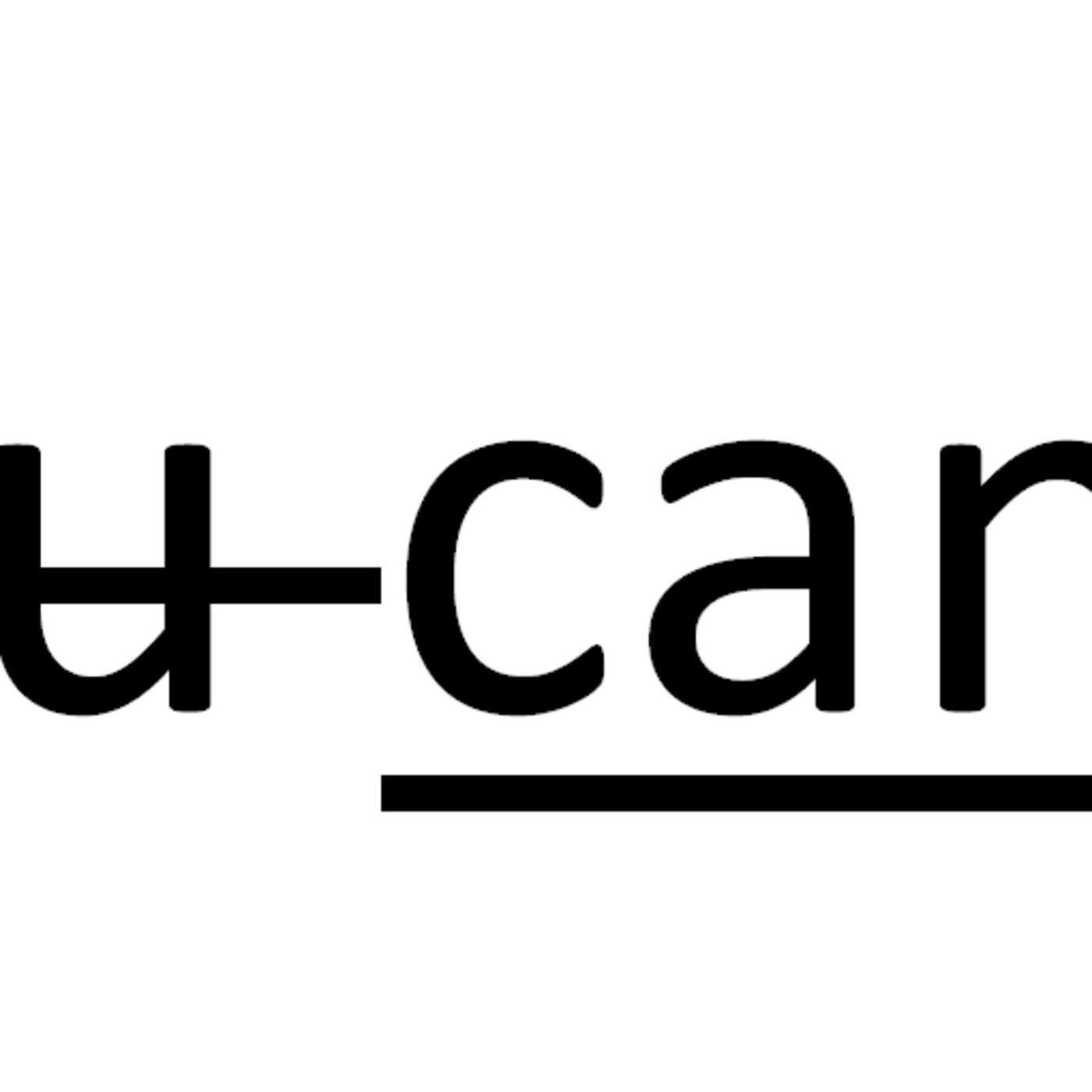 Matthew 18
19 “Again I say to you, that if two of you agree on earth about anything that they may ask, it shall be done for them [u]by My Father who is in heaven. 20 For where two or three have gathered together in My name, I am there in their midst.”

Ephesians 4
10 He who descended is Himself also He who ascended far above all the heavens, so that He might fill all things.)
11 And He gave some as apostles, and some as prophets, and some as evangelists, and some as pastors and teachers,
12 for the equipping of the saints for the work of service, to the building up of the body of Christ;
13 until we all attain to the unity of the faith, and of the knowledge of the Son of God, to a mature man, to the measure of the stature which belongs to the fullness of Christ.
2 Chronicles 7
13 If I shut up the heavens so that there is no rain, or if I command the locust to devour the land, or if I send pestilence among My people, 14 and My people [a]who are called by My name humble themselves and pray and seek My face and turn from their wicked ways, then I will hear from heaven, will forgive their sin and will heal their land.

1. You can go in to blessing you just can’t go in alone.
Exodus 23:22
“But if you truly obey his voice and do all that I say, then I will be an enemy to your enemies and an adversary to your adversaries.