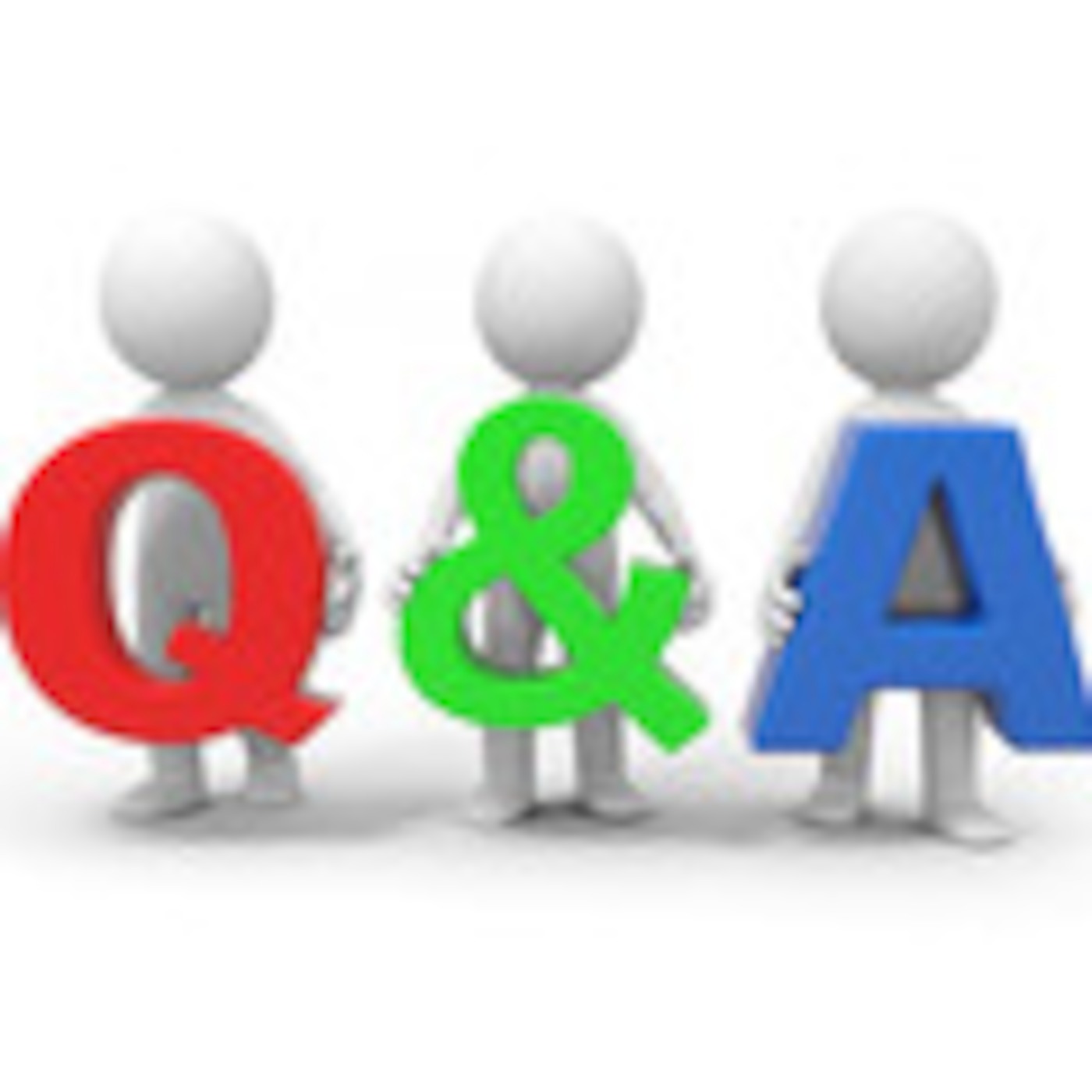 1. Can God answer the prayers of someone who prays to have bad things happen to someone?

God doesn’t listen to all prayers, the bible says that the prayer of the righteous gets the most attention.

James 5:16 New International Version
Therefore confess your sins to each other and pray for each other so that you may be healed. The prayer of a righteous person is powerful and effective.
So the offshoot of that is “Who does God consider righteous?” The bible says that no one is righteous (Romans 3:10 – no one righteous, not even one) but in Romans 4:22 a chapter to the right we are reminded that God imputes to us righteousness “credits us as though we were righteous) because of our faith in Him. So now you have to ask yourself “Would a righteous person of faith pray hurtful things on someone?” and the answer is NO and even if they did it would backfire! If God knew that someone was getting pleasure out of someone else’s suffering God would stop allowing the other person to suffer.

Leviticus 19:17-19New Living Translation (NLT)
17 “Do not nurse hatred in your heart for any of your relatives.[a] Confront people directly so you will not be held guilty for their sin.
18 “Do not seek revenge or bear a grudge against a fellow Israelite, but love your neighbor as yourself. I am the LORD.
19 “You must obey all my decrees.
So God is saying don’t hate anyone but if you have a problem with them then talk to them about it! In layman’s terms you need to MAN UP or WOMAN UP and just tell the person how you feel and work it out if possible.
Proverbs 24
17Don’t rejoice when your enemies fall;
don’t be happy when they stumble.
18For the LORD will be displeased with you
and will turn his anger away from them.

Don’t be happy when your enemies fall, not everyone you try to work it out with will agree to be friends, so for those people , the enemies, pray blessings on them and never wish evil on them because like it or not they are your neighbor, brother or sister and you are commanded to love them even if they don’t love you!

Matthew 5:44
New International Version
But I tell you, love your enemies and pray for those who persecute you,

b) For example; Can we pray that the ISI leader is killed/or dies so that many lives are saved?

This prayer, obviously by the examples already given, doesn’t work but you can pray for lives to be saved, for the ISIS leader to find Jesus, for the U.N. Allies to be protected so victories are quick and casualties are low. So you can pray up (blessings, protection, and prosperity) but people of love and forgiveness basically people of faith don’t pray down curses (death, pain, misery) on others. God wouldn’t acknowledge it anyway God may view the prayer as unrighteous.

2. Can the Grace/covering of God leave you? If so, how do you regain it back?
Another excellent question which is really multiple questions rolled into one big ball of curiosity and grace! 🙂
1. What is grace exactly?
2. How does one obtain grace or lose grace?

5So too, at the present time there is a remnant chosen by grace. 6And if by grace, then it cannot be based on works; if it were, grace would no longer be grace.

Paul means here that we have salvation (freedom from going to hell and being separated from God for an eternity) because of Grace (what we believe – our faith) and not by works (stuff we do and rituals we carry out.) The short of it is that what Jesus did at the cross and our belief in what Jesus did at the cross gives us grace (salvation from hell and separation from God). So how do we, being sinful and wretch, obtain this sweet Amazing Grace (see what I did there.) Well the answer is…

Ephesians 2:8 New International Version
For it is by grace you have been saved, through faith–and this is not from yourselves, it is the gift of God–

Grace is a free gift BECAUSE we believe, so how do we lose our grace simply by losing our faith. If faith saves us and grace is a state of being saved than a lack of faith, meaning choosing not to choose God, could cause a loss of grace.

99% Rule: Humans will act on belief other than impulse when they believe the impulse will (not possibly) destroy the belief.

3. a) Where does someone go to when they die?
b) If the answer is that they either go to hell or heaven….then what is the purpose of Judgement day?

What a question MUCH DEBATE over this one! Some say directly to heaven or directly to judgement and then to hell, some say they instantly get teleported to the future to the rapture but I kind of go with what I’ve heard Jesus say about death. Let’s dive in…

KJV
8 We are confident, I say, and willing rather to be absent from the body, and to be present with the Lord.

NIV
4 These tents we now live in are like a heavy burden, and we groan. But we don’t do this just because we want to leave these bodies that will die. It is because we want to change them for bodies that will never die. 5 God is the one who makes all of this possible. He has given us his Spirit to make us certain that he will do it. 6 So always be cheerful!
As long as we are in these bodies, we are away from the Lord. 7 But we live by faith, not by what we see. 8 We should be cheerful, because we would rather leave these bodies and be at home with the Lord. 9 But whether we are at home with the Lord or away from him, we still try our best to please him. 10 After all, Christ will judge each of us for the good or the bad that we do while living in these bodies.

Luke 8
51 When they arrived at the house, Jesus wouldn’t let anyone go in with him except Peter, John, James, and the little girl’s father and mother. 52 The house was filled with people weeping and wailing, but he said, “Stop the weeping! She isn’t dead; she’s only asleep.”

Then he said, “Our friend Lazarus has fallen asleep, but now I will go and wake him up.”

So due to these scriptures of Jesus talking about the dead I am under the impression that we die or go asleep. Our body is physically dead but our spirit is asleep and when the rapture comes we will either go to heaven or are judged and go to hell.

Revelations 20
5This is the first resurrection. (The rest of the dead did not come back to life until the thousand years had ended.) 6Blessed and holy are those who share in the first resurrection. For them the second death holds no power, but they will be priests of God and of Christ and will reign with him a thousand years.
The Defeat of Satan
7When the thousand years come to an end, Satan will be let out of his prison. 8He will go out to deceive the nations—called Gog and Magog—in every corner of the earth. He will gather them together for battle—a mighty army, as numberless as sand along the seashore. 9And I saw them as they went up on the broad plain of the earth and surrounded God’s people and the beloved city. But fire from heaven came down on the attacking armies and consumed them.
10Then the devil, who had deceived them, was thrown into the fiery lake of burning sulfur, joining the beast and the false prophet. There they will be tormented day and night forever and ever.
The Final Judgment
11And I saw a great white throne and the one sitting on it. The earth and sky fled from his presence, but they found no place to hide. 12I saw the dead, both great and small, standing before God’s throne. And the books were opened, including the Book of Life. And the dead were judged according to what they had done, as recorded in the books. 13The sea gave up its dead, and death and the graveb gave up their dead. And all were judged according to their deeds. 14Then death and the grave were thrown into the lake of fire. This lake of fire is the second death. 15And anyone whose name was not found recorded in the Book of Life was thrown into the lake of fire.

1. How will God judge those people who have not heard the Gospel?

Second Peter 3:9 reads, “The Lord is not slow in keeping his promise, as some understand slowness. He is patient with you, not wanting anyone to perish, but everyone to come to repentance.”

Psalm 7:11 (NLT) God is an honest judge. He is angry with the wicked every day.

7Don’t be misled—you cannot mock the justice of God. You will always harvest what you plant. 8Those who live only to satisfy their own sinful nature will harvest decay and death from that sinful nature. But those who live to please the Spirit will harvest everlasting life from the Spirit. 9So let’s not get tired of doing what is good. At just the right time we will reap a harvest of blessing if we don’t give up. 10Therefore, whenever we have the opportunity, we should do good to everyone—especially to those in the family of faith.

2. Is taking alcohol a sin?
1 Timothy 5:23 NASB
No longer drink water exclusively, but use a little wine for the sake of your stomach and your frequent ailments.
Medical News Today says that a moderate glass of wine a half a glass a day for women and a full glass a day for men can help reduce dementia, breast cancer, colon cancer and effects of aging.
http://www.medicalnewstoday.com/articles/265635.php
Eph 5:18 NASB
Don’t be drunk with wine, because that will ruin your life. Instead, be filled with the Holy Spirit,

Proverbs 23 NLT
20 Do not carouse with drunkards or feast with gluttons, 21 for they are on their way to poverty, and too much sleep clothes them in rags.

Challenge People to have a 3 part witness
1. Lifestyle
2. Speech: How can they know if no one tells them
3. Connection: Connect every man to daily bread e.g. WordToday.Org & Podcast

Email Me your questions at WordToday.org@gmail.com