Pastor Renovato teaches the world how to prophesy. 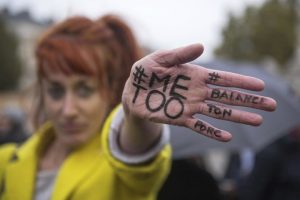 What’s The True Purpose of Christmas?

Should We Celebrate Christmas?

Johnny and Porshae ponder the facts at hand in determining whether or not December 25th is actually the day of Christ’s birth.

Johnny & Porshae asks Christians to “Show Me The Money!”

LJG and new co-host Porshae Franklin discuss church hurt and religious hypocrisy while diving into questions such as, is it worth it to go to church in an age where holiness appears to be invisible. You are definitely going to want to tune in to this thrilling reboot of Word Today.

Today we will discuss perception and how a change in how you view things will change your life. Our perception is often fooled a little or more often then not thrown off track completely. Knowing this why do we trust our perception? The reason many people instinctively act on what they perceive is because they either trust it or because they feel it is all they have to go on. Trusting our own perception is not good because it can often be fooled. Have you ever looked at a series of numbers and thought the letter E was a 3 or a 6 was a 9 or a 1 was a 7. Simple mistake, but once made could cause you to deposit your weekly pay check into someone else’s account or send a corrective email to your boss instead of the cleaning crew. If you believe perception is all you have then what else is there to go on regardless of whether it is flawed or not. A famous saying started some decades ago is that perception is reality or how you see things is the reality you will create and live in. In the corporate world there is an old saying that is used and that is to a hammer everything in life is a nail meaning if you have a certain skill set you will attempt to fix every issue by using that skill set. And why not, this is what you know to do and what has possibly worked in the past. The only issue is that not every issue is a nail and in fact if you treat certain ones like a nail you will only shatter the opportunity to actually correct it.

Three things to take note of in this scripture.

2 Jesus went back to Capernaum, and a few days later people heard that he was at home.[a] 2 Then so many of them came to the house that there wasn’t even standing room left in front of the door.

Jesus was still teaching 3 when four people came up, carrying a crippled man on a mat. 4 But because of the crowd, they could not get him to Jesus. So they made a hole in the roof[b] above him and let the man down in front of everyone.

5 When Jesus saw how much faith they had, he said to the crippled man, “My friend, your sins are forgiven.”

6 Some of the teachers of the Law of Moses were sitting there. They started wondering, 7 “Why would he say such a thing? He must think he is God! Only God can forgive sins.”

8 Right away, Jesus knew what they were thinking, and he said, “Why are you thinking such things? 9 Is it easier for me to tell this crippled man that his sins are forgiven or to tell him to get up and pick up his mat and go on home? 10 I will show you that the Son of Man has the right to forgive sins here on earth.” So Jesus said to the man, 11 “Get up! Pick up your mat and go on home.”

12 The man got right up. He picked up his mat and went out while everyone watched in amazement. They praised God and said, “We have never seen anything like this!”

Three things to notice during this scripture.

7 After he had finished all his sayings in the hearing of the people, he entered Capernaum. 2 Now a centurion had a servant[a] who was sick and at the point of death, who was highly valued by him. 3 When the centurion[b] heard about Jesus, he sent to him elders of the Jews, asking him to come and heal his servant. 4 And when they came to Jesus, they pleaded with him earnestly, saying, “He is worthy to have you do this for him, 5 for he loves our nation, and he is the one who built us our synagogue.” 6 And Jesus went with them. When he was not far from the house, the centurion sent friends, saying to him, “Lord, do not trouble yourself, for I am not worthy to have you come under my roof.7 Therefore I did not presume to come to you. But say the word, and let my servant be healed. 8 For I too am a man set under authority, with soldiers under me: and I say to one, ‘Go,’ and he goes; and to another, ‘Come,’ and he comes; and to my servant, ‘Do this,’ and he does it.”9 When Jesus heard these things, he marveled at him, and turning to the crowd that followed him, said, “I tell you, not even in Israel have I found such faith.” 10 And when those who had been sent returned to the house, they found the servant well.

3 Simple points about faith. The first point is that faith will keep you. Daniel and the three Hebrew boys’ faith in God and obedience in upholding the Jewish tradition of not eating certain types of foods was honored by God as they turned out to be healthier than the captives that did feast on the finer delicacies provided them by their captors. Faith will keep you near God, within the safety and protection of God’s grace, though faith will also glorify God. Beginning with Daniel chapter 2 we see the faith of the Israelite captives being tested and their life being literally put on the line for simply having a connection with the Lord their God. Overall through their tribulations you see that their unwavering faith helped establish God’s kingdom in a severely pagan land.  We will see that after the incident with the king’s dream which put the Israelite boys in a life and death situation, a second situation arises equally as dire and in this situation a pagan king declares over a pagan nation that the Lord Our God is the primary God is never to be disrespected by anyone. Faith will advance the faithful and establish the believer though its primary job is to establish the kingdom.

Daniel 2: In the second year of his reign, Nebuchadnezzar had dreams; his mind was troubled and he could not sleep. 2 So the king summoned the magicians, enchanters, sorcerers and astrologers to tell him what he had dreamed. When they came in and stood before the king, 3 he said to them, “I have had a dream that troubles me and I want to know what it means.“

10 The astrologers answered the king, “There is no one on earth who can do what the king asks!

What kills others will establish you. Daniel and three other kidnapped Israelite’s had already suffered the raid and destruction of their nation and homeland and now have been identified as magicians and summoned to die and all this because of the kings lack of faith in his own advisers and soothsayers. This turn of events, instead of being the end of the Israelite captives, turned out to be the opportunity they needed to be established in the kingdom. As the result of this encounter the boys were elevated to high office and God’s glory was recognized, by the first time most likely for many.

King Nebuchadnezzar made an image of gold, sixty cubits high and six cubits wide, and set it up on the plain of Dura in the province of Babylon.

4 Then the herald loudly proclaimed, “Nations and peoples of every language, this is what you are commanded to do: 5 As soon as you hear the sound of the horn, flute, zither, lyre, harp, pipe and all kinds of music, you must fall down and worship the image of gold that King Nebuchadnezzar has set up. 6 Whoever does not fall down and worship will immediately be thrown into a blazing furnace.”

8 At this time some astrologers[b] came forward and denounced the Jews.9 They said to King Nebuchadnezzar, “May the king live forever! 10 Your Majesty has issued a decree that everyone who hears the sound of the horn, flute, zither, lyre, harp, pipe and all kinds of music must fall down and worship the image of gold, 11 and that whoever does not fall down and worship will be thrown into a blazing furnace. 12 But there are some Jews whom you have set over the affairs of the province of Babylon—Shadrach, Meshach and Abednego—who pay no attention to you, Your Majesty. They neither serve your gods nor worship the image of gold you have set up.”

16 Shadrach, Meshach and Abednego replied to him, “King Nebuchadnezzar, we do not need to defend ourselves before you in this matter. 17 If we are thrown into the blazing furnace, the God we serve is able to deliver us from it, and he will deliver us[c] from Your Majesty’s hand. 18 But even if he does not, we want you to know, Your Majesty, that we will not serve your gods or worship the image of gold you have set up.”

28 Then Nebuchadnezzar said, “Praise be to the God of Shadrach, Meshach and Abednego, who has sent his angel and rescued his servants! They trusted in him and defied the king’s command and were willing to give up their lives rather than serve or worship any god except their own God. 29 Therefore I decree that the people of any nation or language who say anything against the God of Shadrach, Meshach and Abednego be cut into pieces and their houses be turned into piles of rubble, for no other god can save in this way.”

30 Then the king promoted Shadrach, Meshach and Abednego in the province of Babylon.

Faith is designed to establish the Kingdom of God and the best way to do this sometimes is by stretching the faith of the believer. 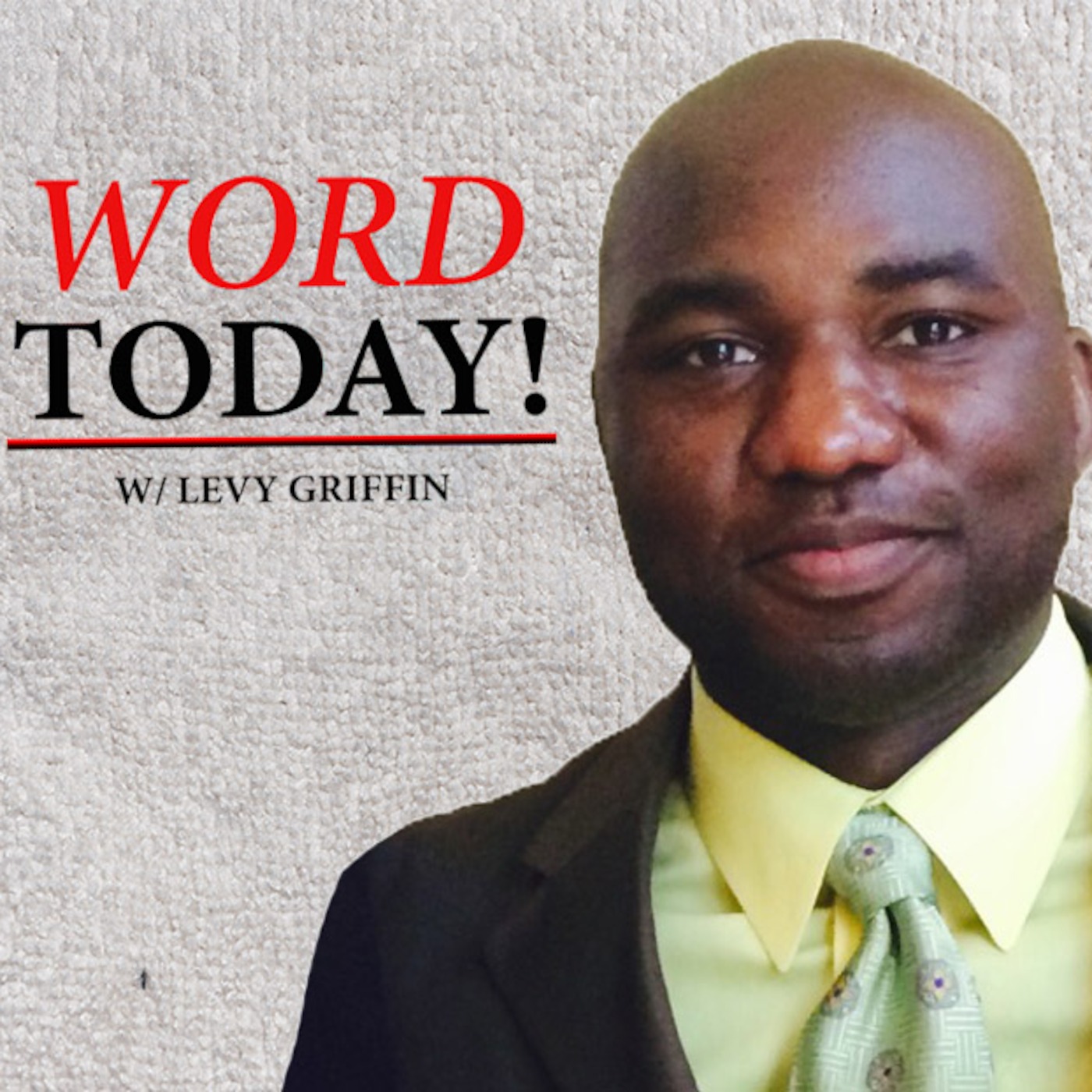 I’m talking about getting closer to God in this podcast that I recorded on a drive to Marion, Texas this morning FROM MY CAR!